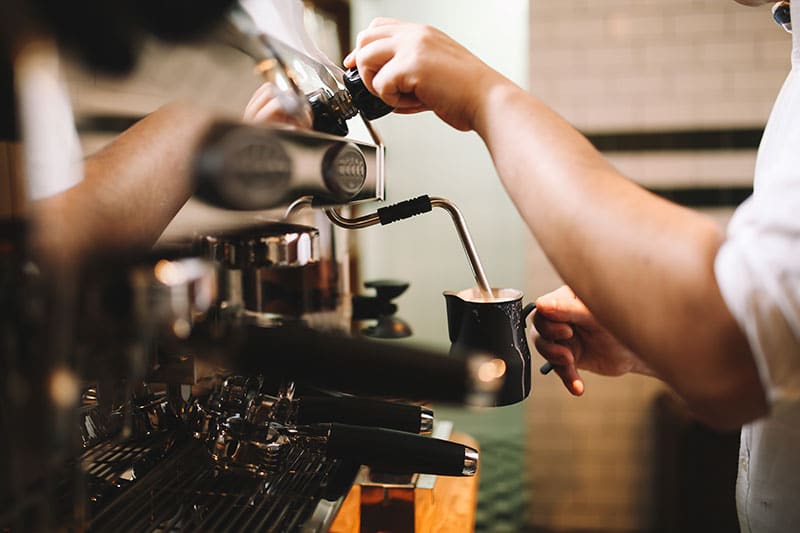 Whenever I have to pop into a Starbucks to fuel my coffee addition, I usually get a latte. In fact, I get that drink at a lot of coffee shops.

And let’s face it – you never have to worry about it not being on the menu. But every so often you end up at a coffee shop with a more exotic menu that tempts you to try something new.

So, if you see something like a cortado listed and your go-to drink is the latte, should you try it? Will you like it? Let us help you out with that decision.

Contents show
What Is A Latte?
What Is A Cortado?
The Takeaway

What Is A Latte?

Hailing from Italy, the latte is probably my favorite drink from my local barista because it is served up in a large, tall mug. And since it has so much milk, the drink gives up a nice creamy taste – though bad ones often are too milky with a fatty terrible taste. 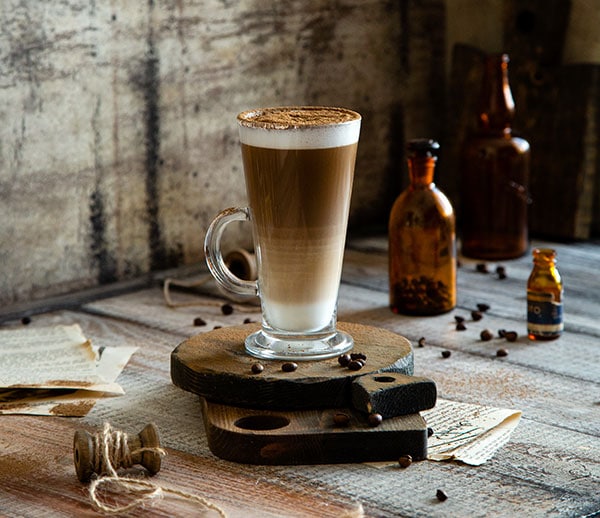 If you’re ordering your lattes in the USA, then it’s most likely being served up to you in large mug or a tall latte mug.

But if you order a latte in other parts of the world, like in Europe, then it will come out in a tall glass like you see in the image above. When I was in Spain they served it in what looked like a tall water glass with no handle, so it was really hot to the touch!

A latte is one part espresso with three parts milk.

The real defining feature of a latte is how milky it is compared to other espresso drinks. The ratio of espresso to milk is 1:3, which means lots of milk.

That milk is steamed and the drink is typically topped with some micro-foam where the barista designs some cute latte art for you.

This drink has a creamy sweetness to it, and people often add sweeteners to it in the form of latte flavorings (caramel, vanilla, etc.).

Cool fact: On some coffee shop menus you’ll only see café latte latte listed. Is there a difference in a latte vs café latte? Nope. It’s exactly the same drink.

As the name might clue you in, this little espresso drink hails from Spain. It’s also popular in Portugal.

And I’m referring to it as little because it is served in a small glass (or at least it should come out that way).

Though this drink is still just espresso and milk, the ratio is quite different compared to the latte.

A cortado is one part espresso with one part steamed milk.

While there is not as much milk in the cortado, it is still a cooler drink in terms of temperature compared to the latte. This is because the milk for a cortado is only lightly steamed.

Your cortado should not have textured milk – so no foam on this one.

Due to the equal parts of espresso and milk, the cortado has a stronger coffee flavor than the latte.

This drink is ideal for people who want their espresso drink to be not too hot and a bit healthier than most options.

To make your decision easier, here’s the differences that you can use to determine which drink to order.