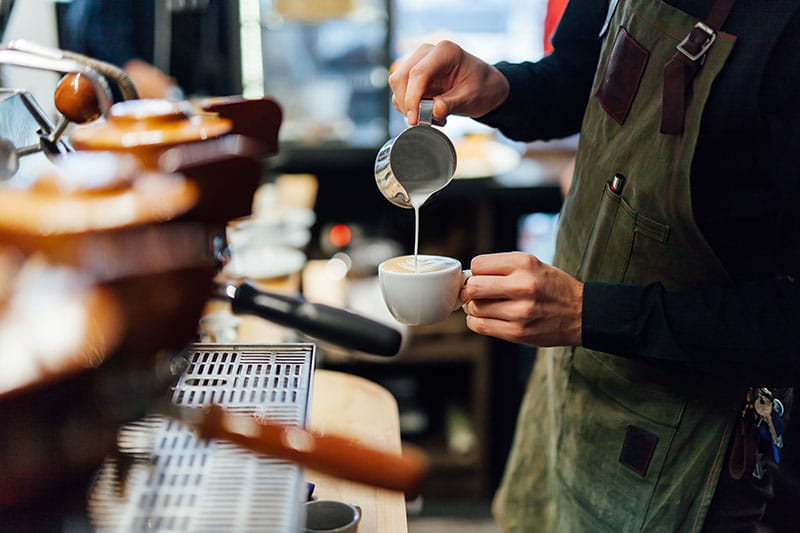 If your go-to espresso drink at the local coffee shop is a cappuccino, then you might be wondering how it compares to a cortado.

I mean, after all both are just espresso and some variation of hot milk, right? Probably just different names for the same thing, huh?

Well, if you’re ready to say “right” then you’d be wrong my friend.

Before Batman comes along to knock some sense into you for this coffee blasphemy, let us break down the similarities and differences of these two drinks for you.

And you can thank us later when you’re drinking the proper espresso drink for your palate.

What Is A Cappuccino?

One of my go-to espresso drinks when I’m traveling, the cappuccino is of Italian origin (as if the name didn’t give that one away!).

One of the reasons that I tend to always order this one when traveling is because you never really know how good the coffee is going to be at a new place, but cappuccinos are typically a low acidity drink. And I prefer that sort of taste. 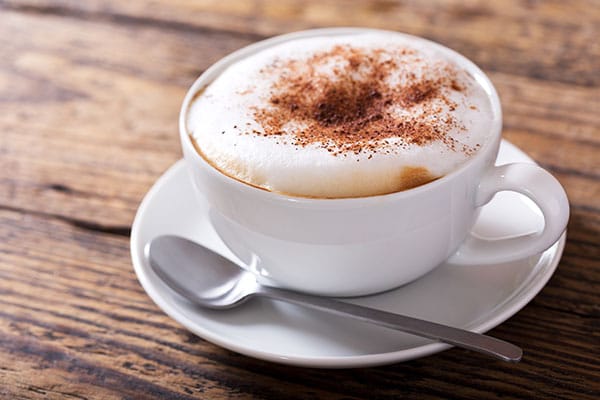 Like a cortado, the cappuccino is composed of espresso and milk. But the split of those things is what really defines the humble cappuccino.

A cappuccino is 1/3 espresso on the bottom with 1/3 steamed milk and 1/3 foamed milk on top.

They key defining characteristic of a cappuccino is this three way split of espresso, steamed milk and foamed milk. The best baristas top it off with a really light and airy foamed milk.

Cappuccinos are typically served in a smaller mug of around six ounces. Of course, plenty of coffee shops offer them in small and large size variations.

Also note that cappuccinos tend to have more foam than milk, which means that they are a hotter coffee drink.

You’ll notice a bold espresso flavor when you drink a cappuccino since it doesn’t get overpowered by milk.

Similar to the cappuccino, the cortado is of European origin. Specifically, this espresso drink hails from Spain, with the name literally translating as “cut.”

The key characteristic of a cortado is that the milk is not textured. That means zero froth and zero foam.

When a cortado is made, the espresso is cut with an equal amount of steamed milk, hence the namesake of “cut.”

Since you get a slightly lower amount of milk, lightly steamed milk at that, the cortado is not as hot of a drink as a cappuccino.

And since there is more milk in the cortado, the espresso taste is not as strong. In fact, the cortado is sweeter than the cappuccino as a result of the higher amount of milk in the drink.

Like the cappuccino, a cortado is served in a smaller size than most espresso drinks. In fact, this one should come out in a small glass.

Though the core ingredients are the same, their amounts and assembly is different enough to make these two very distinct espresso drinks.

Here’s a quick glance at the differences: