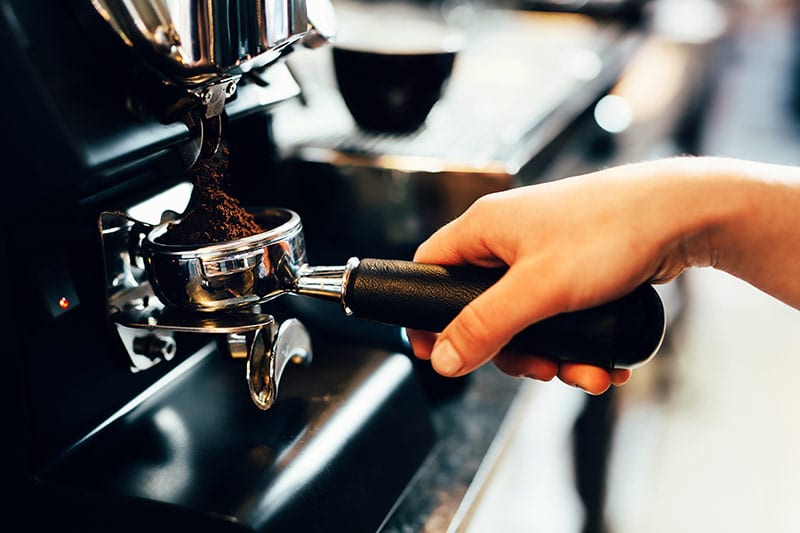 Two coffee drinks with very similar names – or are they they exact same drink? Well, if you find yourself in a local coffeeshop wondering the exact same thing, then you’re in the right place.

Seeing these drinks on a coffeeshop menus while traveling was the first that I’d ever heard of them, and like you, I wondered if there was really any difference between the two.

Below is what I found out about these two espresso drinks.

The intention of a cortado is to cut the acidity of espresso without overpowering its flavor. That’s done by meeting the espresso halfway with a bit of milky goodness.

A cortado is one part espresso to one part warmed milk.

What really distinguishes this drink of Spanish and Portuguese origin from Italian espresso drinks is its lack of textured milk. Plus, that milk is just warmed a bit, instead of being steamed milk.

This creates an espresso drink that goes down much like a regular coffee, only considerably creamier and with the stronger, richer flavor of espresso. And that large amount of milk gives it a bit of a sweet flavor, which is nice.

Since it’s one part espresso to one part steamed milk, it’s also served small – typically only four ounces with a double shot (two ounces) of espresso.

What Is A Cortadito?

If you know anything about the Spanish language, then like me, you thought that a cortadito is just a smaller version of a cortado.

A cortadito is one part espresso to one part warmed milk.

It makes sense, right? Cause they always as -ito to the ends of works in Spanish when it’s a smaller version.

But here’s the thing – a cortado is already a small coffee drink. To go any smaller, you have to serve it in a thimble or something like that.

As you might have guessed by now, there is no difference between a cortado and a cortadito. These two coffee drinks are actually the exact same drink – it just goes by two different names.

Espresso Drinks: The Making of a Cortadito

That one kinda messed with your mind, eh? Me too! But rest assured, you can order up either one of these and get exactly the same cup of coffee.

Cortadito is Cuban for the same thing.

It doesn’t matter what you call it, when you order a cortado or a cortadito you end up with the exact same little espresso drink. So, if you’re in Miami where there is a large Cuban population, then order it as a cortadito.

And in the rest of the world (except for Cuba itself), just order it as a cortado.

No matter what you call it, one thing is for sure – it’s a cup of creamy, sweet, caffeinated deliciousness. And you can’t go wrong with that!