A peaberry coffee bean is unique from other coffee beans in the way in which it grows.

Typically, a coffee cherry contains two seeds or pits. These seeds form directly next to each other, and limit each other’s growing space, causing each of the seeds to flatten on one edge as they develop.

This flattening gives coffee beans, which are just the seeds or pits of coffee cherries, their signature appearance.

If only one seed in a coffee cherry is fertilized, only one seed develops. Without the second seed to vie for space, the coffee seed (or bean) grows without flattening, giving it a pea or oval shape.

This special, oval-shaped coffee bean is known as a peaberry.

The vast majority of coffee beans grown normally – two beans to a cherry. Only 5-15% of all coffee beans grow individually in a cherry, resulting in a peaberry. This makes peaberry coffee fairly rare.

It wouldn’t matter if peaberry coffee was rare, though, if there was nothing else special about it.

More importantly than the limited supply is how peaberries are handled. Since peaberries grow in normal coffee cherries, they are unidentifiable until harvest.

This means peaberries can end up in any bag of coffee beans, and they often do. Don’t be surprised if you find a random round bean in your regular coffee supply. 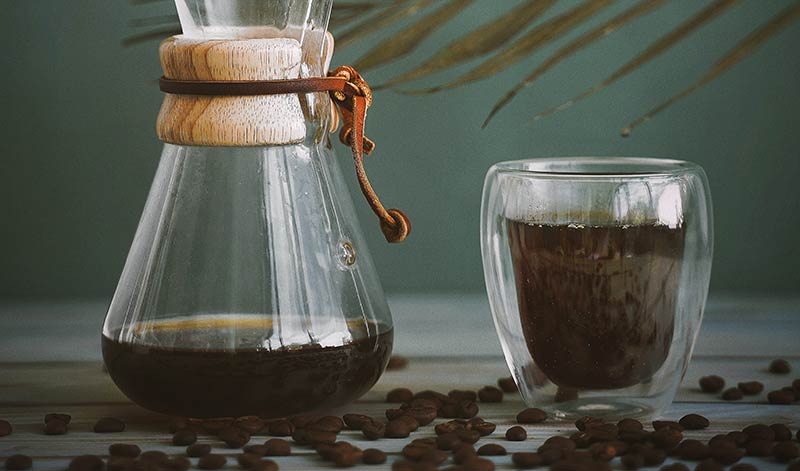 The question is, why pick out the peaberry coffee beans at all? If they’re the same coffee, why not just leave them mixed in with the others?

To get a proper roast on peaberry coffee beans, the beans must be sorted from standard beans. This is mainly due to the peaberries’ density, which is higher than standard beans of the same variety.

Once sorted, peaberries are thought to roast better than standard beans due to their rounded shape, which lets them to roll inside of roasting machines, providing a more event roast.

This, of course, is highly dependent upon the roaster and their experience in working with peaberries versus standard coffee beans.

Peaberry coffee tastes like whatever variety of coffee the peaberries grow from. However, there is some debate as to whether peaberries carry more and better flavor than the average coffee bean.

Those arguing that peaberries have more flavor than average coffee beans do have some science on their side.

Since a peaberry coffee bean forms alone in a coffee cherry, it doesn’t have to share nutrients with a twin bean, so it can end up with a denser nutrient profile than a standard bean. This could result in a more powerful flavor.

A peaberry coffee bean may also end up with a higher sugar content than a standard bean, since it grows alone in the cherry, giving it a slightly sweeter taste.

There has been very little actual research into whether peaberry coffee beans taste differently than their standard counterparts. Even if there was research, taste, of course, is subjective and difficult to quantify.

Some people say they can taste the difference in peaberry coffee compared to regular coffee. Others say they can’t.

Like all coffee, everything from roasting to brewing factors into the final flavor, meaning peaberry coffee may taste better than its standard counterpart one time and exactly like it the next.

The best way to know if peaberry coffee has more or better flavor than its standard counterpart is to do your own taste test.

I’ve personally been seduced by a peaberry coffee on occasion that I thought absolutely tasted better than the flat-bean version of the same variety. Other peaberries have left me cold.

If you do find a peaberry coffee that tastes sublime to you, go for it. Just know you’ll be paying more for the same coffee variety, so make sure to compare to the standard version before you buy.