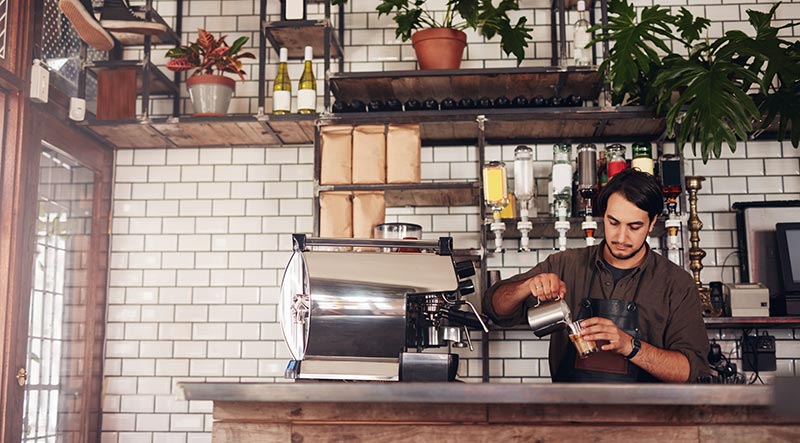 Are you the sort of coffee drinker who is all about espresso with just a wee bit of milk to cream it up? If so, you might think that there’s not much difference between a macchiato and an espresso.

Sure, at its core both are just espresso with milk…but they are each so much more than that. And knowing the difference can take your coffee shop experience from just okay to amazing.

Contents show
What Is A Macchiato?
What Is A Cortado?
The Takeaway

What Is A Macchiato?

In some coffee shops, you may see this one referred to on the menu as an espresso macchiato. Don’t worry, in the macchiato vs espresso macchiato war there are no losers because this is the exact same drink – just two different, albeit similar, names. 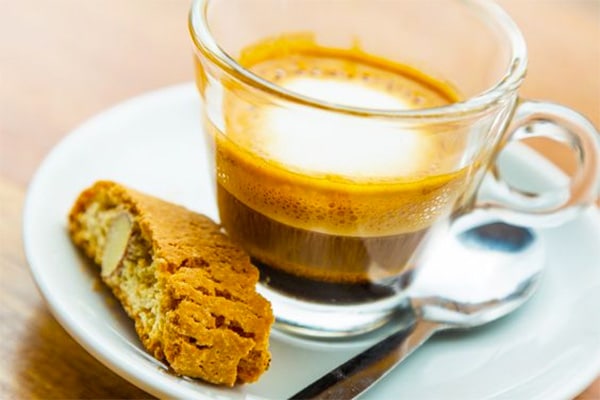 As you might expected, this espresso drink hails from Italy, as all good espresso drinks do. And the name translates into English as marked, meaning that the espresso is marked with a wee bit of foamed milk.

A macchiato is a single shot of espresso topped with a dollop of foamed milk.

The amount of foamed milk on top of this drink is usually around one to two tablespoons, and it’s actually put on the coffee with a spoon. So, there’s really not a lot of milk there for you to work with.

The purpose of that foamy milk dollop is to take the edge of that straight espresso shot, which is perfect for people like me who do not enjoy black coffee.

As for serving this one, it will either some out a demitasse cup on a saucer with a spoon, or in a small, clear espresso glass.

Cool fact: of all the espresso drinks with milk, the macchiato has the highest espresso to milk ratio.

This isn’t a drink that you’ll find on the menus of most coffee shops. It seems to be a more niche drink that hasn’t yet caught on everywhere. Though you can easily find it in London coffee shops.

This espresso drink hails from Spain, but it’s also popular in Portugal. The name translates into English as cut, meaning that the espresso is cut with the steamed milk.

A cortado is a single shot of espresso cut with an equal amount of steamed milk.

The amount of milk that you get on top of your cortado is definitely more than you have on the macchiato. And that milk is really the defining feature of this drink.

You see, unlike the foamy milk on the macchiato, the milk in the cortado is not foamy or frothy. It’s not textured at all. It is just warmed, steamed milk.

This is also a small espresso drink and it is traditionally served in a small glass instead of a mug.

Due to the higher milk content, the cortado has a sweeter taste than the macchiato.

To make your decision easier as to which small espresso drink is the best choice for your palatte, here’s the differences that you can use to determine which drink to order.